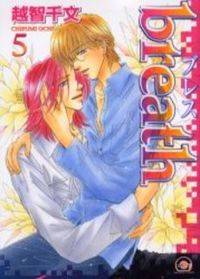 Koushi Yanagi is a gay student. He finds a very sexy office worker at a gay club, who gets drunk and accepts his advances. But when the office worker suddenly becomes sober, he loses his nerve, starts acting violently and runs away. Koushi has been so disgusted, he goes to Takashi Kirishima, aka Ten, his friend with benefit. At Ten's house, Koushi meets the office worker again. He is Ten's twin brother, Arata Kirishima, a researcher in a laboratory. Koushi visits Arata's room when Arata is alone. Arata tries to hand money to Koushi but Koushi finds it insulting, goes wild and rapes Arata. Arata asks Koushi to keep silent from Ten but it makes Koushi angry all the more. He makes Arata his sexual slave, but gradually they are attracted to each other.
Subscribe Chapter list