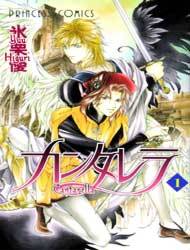 From birth, Cesare Borgia is surrounded by shadows. Damned by his own father, hated by his closest brother, separated from the sister who loves him, and driven by the demons of Hell itself, his quest for power threatens to set the world of Renaissance Italy ablaze -- unless one innocent person can drive away the poisonous shadows ravaging him!Enter the world of the Borgias. A world of unspeakable conspiracies and forbidden desires. A family whose murderous intrigues would make them infamous throughout history. A history written in blood…and a poison called Cantarella.
Subscribe Chapter list