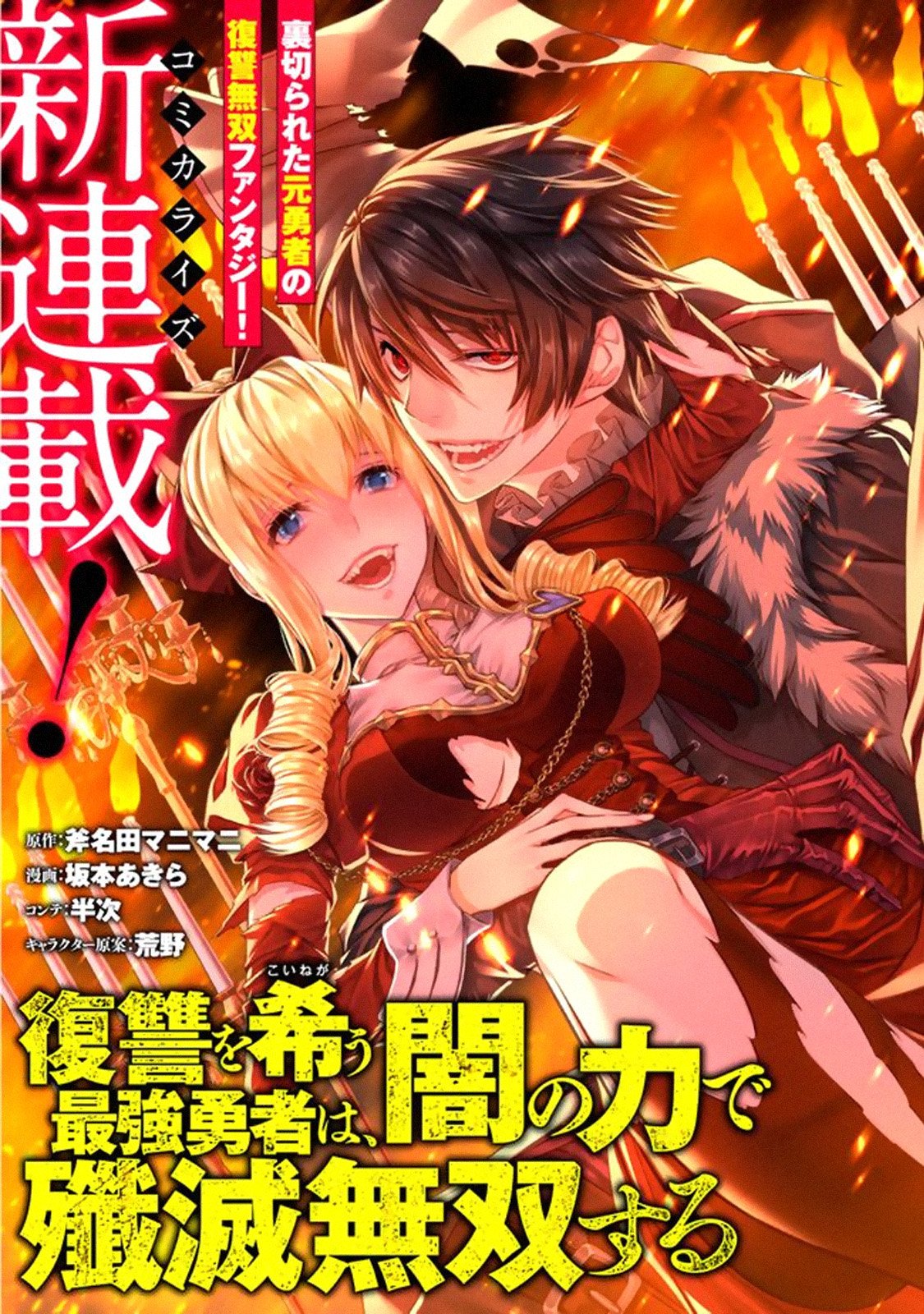 Raul who had defeated the demon king as the strongest hero should have become the savior of the world.Having his treasured companions and family killed by power hungry aristocrats, he was executed with false charges brought against him by the princess. Just before his life collapsed, at last his heart fell into darkness....I will tear those traitors from limb to limb. Burn them at the stake. Sever them to pieces. Skewer them. I will kill every one of those bastards without mercy and make them taste hell's suffering.....!!!Obtaining the power of darkness, Raul was revived. Sneering, he vowed revenge.“Oh, I’m looking forward to it – from now I'll bask in their blood as I please.”Several days after the hero's revival in the imperial capital where flowers bloomed in profusion, the parade that would advance towards tragedy began.