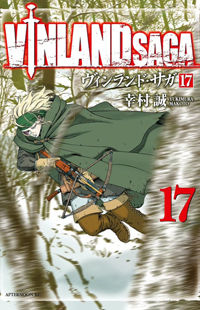 As a child, Thorfinn sat at the feet of the great Leif Ericson and thrilled to wild tales of a land far to the west. But his youthful fantasies were shattered by a mercenary raid. Raised by the Vikings who murdered his family, Thorfinn became a terrifying warrior, forever seeking to kill the band's leader, Askeladd, and avenge his father. Sustaining Throfinn through his ordeal are his pride in his family and his dreams of a fertile westward land, a land without war or slavery... the land Leif called Vinland. Note: Was nominated for the 2008 Manga Taisho award. Won the Grand Prize in the manga division of the Japan Media Arts awards in 2009. Won the 36th Kodansha Manga Award for Best General Manga in 2012.